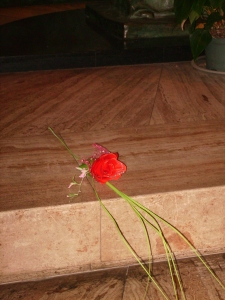 The first book I was allowed to write in caused confusion.
The ones before that were absolutely forbidden to be marked, defaced, altered or folded in any way. The words were finite, and no further editing was permitted. Fines for writing in the book would be enforced.
I had held books that had writings in the margin. My father’s college books. He was a man, so he had permission to do what he wanted. When I bought my first college book, and was encouraged to write, highlight, with my own book, I was lost as to what to contribute to a book that clearly had all the answers.
It was easier for me to be lost in the words “write on your heart”.
How could anything I write have importance?
Somehow, between the margins of false identity, I did come to believe both that I was powerless, and that I had a responsibility to write.
The pages, filled with my struggle, my fears, my hunger and my freedom, were released along with the belief I was forbidden to mark, deface, alter or fold the story others were determined to have me live. The story, the false identity, the confusion was thrown out with the pages I filled.
The day I threw out my words of anguish was not the day my journal was violated. The day I took off my wedding ring and placed it on the journal that had been abused as a tool to find a way to blame me. The day I trashed the record of my fight to be heard, respected, valued and honored was the day I forgave myself for hiding the words of my truth.

This site uses Akismet to reduce spam. Learn how your comment data is processed.